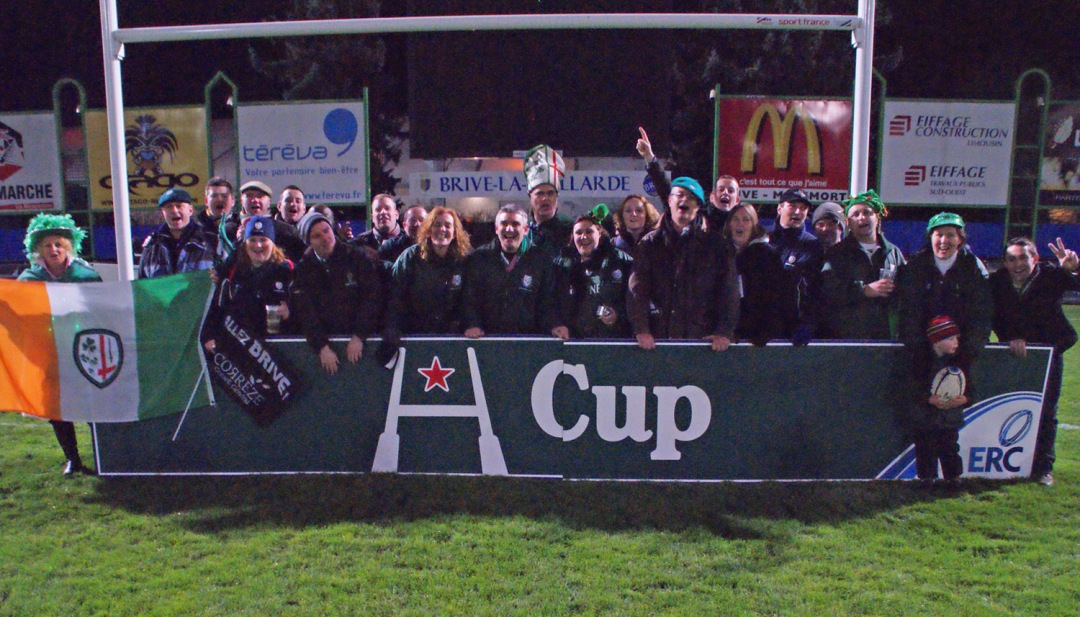 The Madejski Era – No Time Toulouse

Al Hoenig (a.k.a. Big-Al) reminisces about some of those great European weekends.

The 2002-03 season saw London Irish compete in the Heineken Cup for the first time, and my first European adventure with London Irish was the trip to Toulouse that season. The first of many great trips – I had travelled out with the friends who first introduced me to London Irish, we made a long weekend of it, spending a day in Carcassonne before heading on to Toulouse.

There are many tales from our European adventures and over time some have merged and some have been distorted.
I don’t know if anyone ever did sleep under the pool table at the local Irish bar as they were so drunk they had no idea which hotel they were staying in, but some travellers did take to wearing luggage tags with their name and hotel written on them.
I did witness the police van turning up at the ground and a number of green-wigged Irish supporters emerging from it, having hitched a lift.
Ending up in the same bar as the team for the evening (has happened on more than one occasion, often by chance, but there have been times when inside information has been obtained).
And there were drums, lots of drums!!!

Since Toulouse there have been many great European trips in both the Champions and Challenge cups – and many great memories:

I have always managed to make it back to my hotel after an evening out – on one trip (Parma if my memory serves me correctly), after waiting what seemed like an age for a taxi outside a bar, I suggested making the short walk to the railway station to get a taxi.  A group of us got to the station at the exact same time as a large group of escorted football supporters who had been removed from a train – I still get teased from time to time about leading my fellow supporters into a riot!!!

A couple of the mass post-match pitch invasions (Brive & Racing Metro) stick in my mind, I know there are many grounds where supporters can go on the pitch after the match (and too many where we can’t), but there was something special about doing so after an away win in Europe – and a group photo under the posts is a great way to pad out this blog (Brive – December 2009 pictured above).

The trips to Ireland are always something special – in terms of the rugby, winning in Dublin was pretty amazing. But for the trip overall – Connacht was one of the best. And it would be rude not to mention Munster – but I have yet to make a trip to Ulster.

And there have been many other great trips – Treviso, Perpignan, Agen, Edinburgh, Toulon & many others – win, lose or draw it is the great London Irish support that makes these trips so memorable.

We would love to know which has been your favourite European adventure & even better if you could write a line or 2 to let us know why – please email Al at: membership@lisc.uk