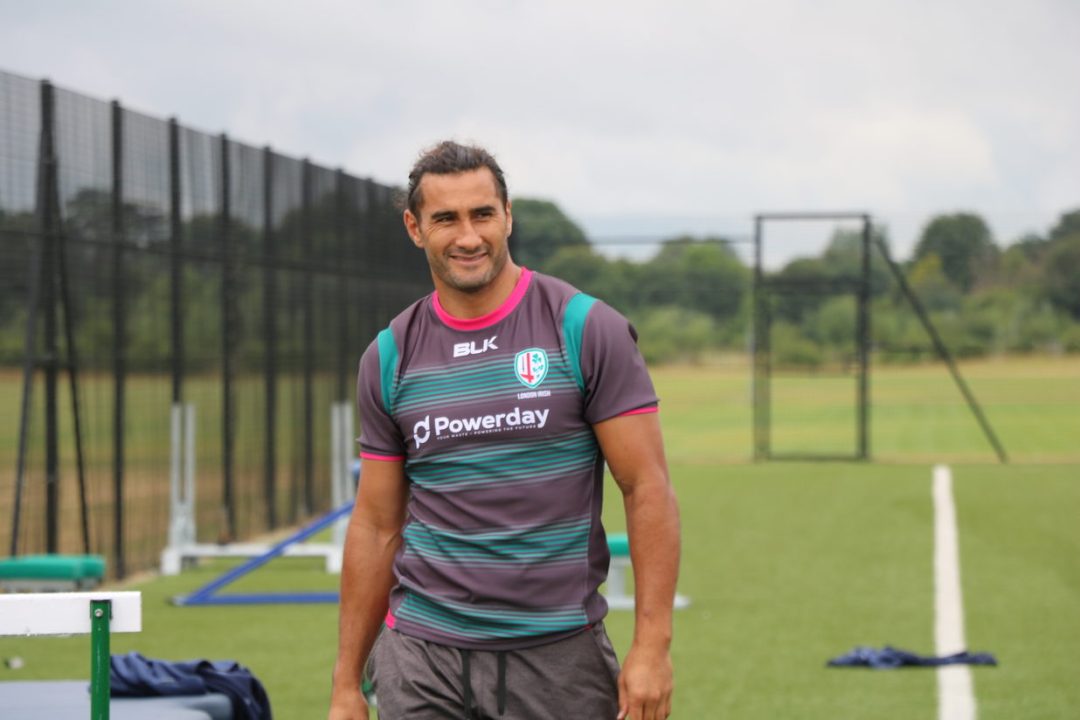 This season has been unlike any other. The huge Covid-enforced break, the congested restart and the threat of relegation being removed make it one for the record books so who better to give their insight than the longest serving member of the squad? We caught up with Blair Cowan to talk about the youngsters making their mark, the tough restart for the team and a frank appraisal of haircuts too!

The twists and turns of the resumed Premiership season have seen the games pile up quickly, giving a wide pool of players exposure. “I was excited for a lot of those boys that got a shot. They’ve been pushing hard at training recently. I think that’s one of the limited perks of the quick turnarounds, that we get to open up the squad and give boys an exposure to those type of games.” Those type of games meaning a head to head with the reigning champs of course. Cowan is no stranger to Saracens himself, having spent a brief time there on loan previously and being open about how it gave him a fresh view of the game.

This week the team have had the luxury of a whole six days between games and with the largely rotated teams has it provided an opportunity for some rest for those players who are regular names in the starting 15? “Obviously you’ve still got to help the boys prep for the Monday game, so it wasn’t as if we could just sit back and enjoy the time off. It’s a squad effort with everything we do so we gave everything we could to help them prepare and as soon as that match is over it’s a short turnaround to do it again and figure out which bodies are available.”

Results haven’t gone the team’s way since the season restarted “It’s a combination of it all. We pick out the positives we can work with as far as being able to fix them with a shorter turnaround and also where we want to be in the future as a squad. For some teams coming out of Covid and lockdown, through that contract period, they’ve done well. Some have done worse. For us it’s about how fast we can adapt and we’re actually learning more about each other, who’s ready to step up not just on the field but off it too, and do what it takes to get the most out of this short period”.

It’s clear that with the likes of Porecki, Van Der Merwe and Myler leaving there is a changing of the guard in terms of the leadership within the squad. “It’s been an eyeopener for a lot of us taking on roles we’re not used to. For me I’ve learned so much, as a senior player and in terms of leadership, trying to manage the boys’ expectations of what’s to come. I’ve found it really productive and whether it’s in rugby of off the field I’ve learned a lot because of this situation!”

This weekend sees the team travel to Kingsholm to take on Gloucester and face off against George Skivington. “I’m really close with George” Blair says, a grin on his face at the thought of the game. “He was my captain before he was my coach and I’ve always had a great relationship with him. When this opportunity came up, he rang me and I said ‘look mate, don’t think you’ve got to justify this to me, it’s a great opportunity for you!’. It shows what a job he’s been doing at London Irish and I wish him all the best. We’ll go toe to toe and then shake hands. It’ll be good to catch up.”

Of course a chat with Blair can’t go by without asking how he is getting on as team hairdresser. We all had our hair woes through lockdown but who came back in the worst shape? “My messages were flying asking for haircuts on the sly! I had to say no for a period but once things started opening up I had a few boys lining up around the house with some pretty ropey haircuts. There were a few DIY attempts I couldn’t condone!”

Who was in the worst shape? “Isaac Curtis-Harris. He’s got a long history of ropey haircuts to be fair. He’s had three haircuts in two days. They got worse & worse and he was trying to consolidate but it wasn’t a good idea! Who else…? It seems to be the young guys. Jack Cooke has always got a ropey lid going on and he pays some money for his! He’s actually got a decent lid these days but I’ll say Lovejoy too, just because he’ll hate it!”

Of course, those are nothing compared to some of the hair crimes seen at the moment. The Bath front row and Tiff Eden at Bristol spring immediately to mind. “Matty Williams rocks a mullet… it’s a bit more subtle than those boys. It seems to be the fashion at the moment, I don’t know when it snuck in. These young boys have no idea about the original era of the mullet. Back in New Zealand it was big in the 80s and 90s!”

He may have a ropey lid, but Isaac Custis-Harris did a fine job on the pitch against Saracens. Blair is quick to show some support for his fellow openside. “I work with Isaac quite often, having chats to see where he’s at and where he wants to progress. It’s always hard trying to come through, especially at a position where we have a lot of depth. When you get those limited opportunities you need to shine and I think he did that! He’s still got a long road ahead as far as consistency, he has to be doing that week in and week out to get that opportunity but I think he did well and I’m super happy for him. He brought the physicality we were looking for.”

Isaac is one of a number of players who have come through the system during Blair’s tenure at the club and many of them have mentioned him as someone who gives support and helps them out. So, I wonder, does he feel he’s leaving a bit of a legacy at the club? “When you get to the back end of your career and you’ve been at a club that you love for so long, when you’re emotionally attached… You want to leave it in a good place. I’m still hungry to play every week, I still want to pull on that jersey but I also want to play a big part in leaving this club in a better place and helping these lads come through because there’s so much potential.

Going back to the seven shirt, we said goodbye to one of the most consistent flankers on the team this week as Conor Gilsenan hung up his boots, it’s clear he’ll be missed. “He is one of a kind! You could see by the twitter reaction after he released his statement…. The way he is on the field is the way he is off it. No matter what he’s doing he brings an abundance of energy and give 100%. He’s such a good influence on everyone he’s around because he’s so happy and he’ll do whatever is needed. He’s a hell of a party starter too, he knew how to sort a social!”

I really miss Gil, he’s a good friend of mine, we’ve been on a few golf trips together. He’s one of the few who will call me out in front of other people and give me banter. When you get a bit older some people might feel afraid to, but it was never the case and he’s be the first to tell me if I did something stupid. I’ll really miss him about the place… he had some ropey lids in his time as well actually!”

Our thanks to the club for their ongoing support and to Matt Merritt at @RugbyLI for supplying the interviews.