We’re back! The new season begins this weekend so what better time to check in with the team and see how they’re getting on? We thought we’d start with a player who is probably more eager than most to get underway, so read on for our chat with electric full back Tom Parton!

It’s been a while since we last saw you take to the field, how did it feel getting out there against Munster last week?

I was just excited to get playing and have that feeling back. It wasn’t a great result but the performance was really good when we were reviewing it! We slipped off in certain areas and we’ve addressed that this week. The boys are really excited to get stuck into Gloucester now!

Like you say, the main thing with pre-season games is to see what is and isn’t working and address the issues before the games matter. I guess from the coaches point of view they had a nice list of things for you boys to work on this week from those reviews?

Definitely! The coaches are trying out a few combinations they have in mind. From our point of view it was just about putting out a performance we can be proud of and that will lead through into the next few weeks in the Prem Cup. Boys are going to have the opportunity to put their hand up for the first league game and the competitive nature of this squad is really good so that will only help the team in the long run!

Training has got a real edge to it now, after what has been a long pre-season we’re ready to get stuck into the fun part! 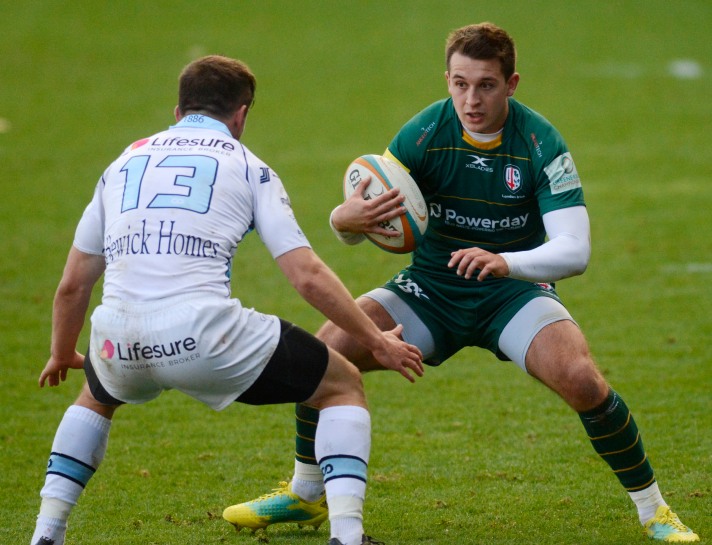 A trip to Gloucester is always an interesting one, they have some of the most vocal fans in the league. Are you looking forward to playing in front of the Shed?

I’ve only ever played there in the 7s so I’m yet to get the full brunt of the shed and get that abuse!

It’s exciting as a player to run out there, I’m looking forward to the challenge from their players and from their fans. If we can give a performance we can be proud of and we can represent the whole club well that will be a big tick in the box for our journey ahead!

It must be good to be competing for something, against another team after such a long pre-season?

You sometimes forget you’re a rugby player when you’ve got strength & conditioning staff screaming at you to get back to the line in 15 seconds and things like that. Playing the games is why become a rugby player so we’re chomping at the bit to get stuck into what will hopefully be a really exciting season where we can create some lasting memories for the fans!

Speaking of memories, this will be our last season in Reading, what are your memories of your time playing at the Madejski – will the best ones be the ones you haven’t made yet?

It’s the fans! They’re a loud bunch, we can hear them on the pitch and that’s something I’ll remember!

Getting my debut there, playing games, and so many memories as a kid going to watch games, seeing the likes of Bob Casey and Nick Kennedy and those teams playing. We want to a lot of good memories behind with this season but at the same time we hope it will make fans even more excited for the move to Brentford! We’re well aware of the responsibility to finish the season in a good place to set us up for the next step chapter!

You talk about being in the stands as a kid, but so many of you are still young players starting out. You graduated from the senior academy into the first team this season with a lot of your colleagues, has that made much of a difference for your day to day routine?

I think it’s just business as usual. We’ve always felt really included with the squad in training, in the gym or with any questions. We talk about being a family club and that’s jus how it’s been, so there hasn’t been any massive change in the step up and it wasn’t as daunting as any of us expected. Of course with that first team label on our backs we now have to go out and perform!

A number of you have graduated together and you seem a close knit unit, when we spoke to Jacob Atkins last season he mentioned the importance of playing and winning alongside his friends, is that how you see it too?

Declan (Kidney) said it to us when he came in “how cool would it be to lift a trophy alongside boys you’ve known since you were 13?”

It’s a huge motivation from my point of view and I know other boys are the same, we’re playing for each other and having those connections and friendships that have formed since we were 13 and in some cases even longer will only benefit the club and help us perform better on the pitch in the long run.

I can’t speak highly enough of those friendships formed through the academy experience!

With such a close-knit, family atmosphere I assume you’re looking forward to sitting down when you get the chance and watching how your mates perform at the world cup too!

We’re really excited to see how the lads do! We’ve got some exciting players who’ve gone out there and of course some boys who will be coming in later in the year so we’ll be looking to see how they go, hoping they can come in fresh and don’t pick up any injuries!

The boys have been sending messages on the WhatsApp group, so we’re excited to see how they get on!

This first weekend – New Zealand v South Africa is a hell of way to kick things off and get a look at how they go.

I think England have a good squad so we’ll see what happens with them, you never know…

It’s definitely got me excited for what’s to come!

Last question before we go Tom, last season was a bit of a torrid one for you, starting so well before a nasty injury. You were really open about how you were getting on through your ACL Adventures Instagram page and seemed really positive about getting back and hitting the ground running so what are your goals for this season?

I was absolutely gutted, getting injured so early in the season, but in some ways it has – weirdly- been the best thing for me.

It allowed me to work on some thing s in the gym – my movement pattern, my running style – and I’ve come out of it faster, I’m hitting personal bests for speed and feeling really excited for what my new knee can do!

My goals are just to play as much as I can do, put my hand up as often as possible and get used to being out there again. I don’t see any point in having an ultimate goal if you can’t deliver each week so I’ll just take it a game at a time and know what I need to do to stay fit and ready.

It definitely felt like the worst thing initially but hopefully through ACL Adventures people could see the step by step process and that it’s not as long a slog as they think. There are a lot of goals you can pick up and tick off along the way.

Huge thanks to Tom for his time, to the media team at London Irish who continue to support us in bringing you all closer to the players and to @RugbyLI and the #rugbyunited network for sharing the word!