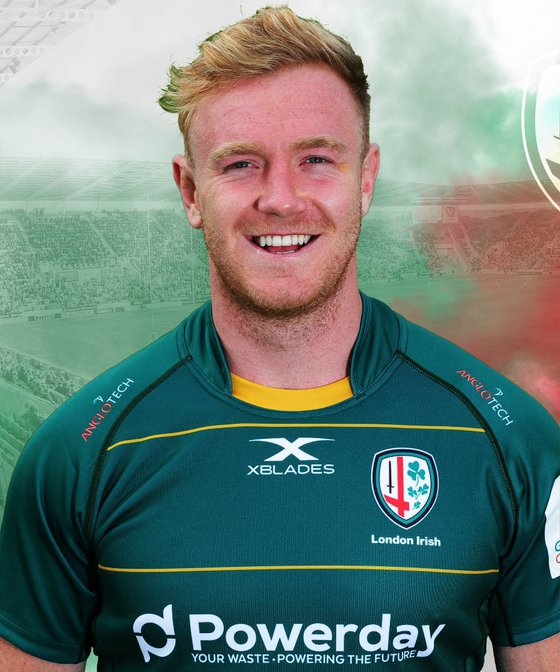 When arguably your biggest signing announcement is an Irish back row, who better to talk to about how he’ll suit our team than our current Irish openside? @RugbyLI caught up with Conor Gilsenan to chat about how the season went for him, what he thinks Sean O’Brien will bring to the team and a little bit about his ventures with DoubleTapp.

So Conor, we hear you got a new personal best in the gym today?

Yeah, you’ve seen it on Instagram already? I’ve been struggling a little bit in the gym this year, but I was feeling good this morning. Last lower body gym session of the year and I smashed out a PB! My back is feeling it at the moment, but it’s a nice way to finish!

Speaking of nice ways to finish the year, lifting the trophy at the Madejski in front of the fans must have felt pretty good!

Saturday was a really special day! Last time we got promoted I missed out on the final due to injury, so I didn’t get a medal or anything. It was nice this time around to be involved.

A pretty special day and lots to look forward to now!

You’ve been in the mix a lot in a hotly contested back row, so obviously there will be times you feel ready but you’re not involved. How do you go about keeping your focus?

It’s difficult! With TJ coming in this year he’s brought a lot of competition and probably had the lions share of the game time in the 7 shirt, so it’s a challenge. That said I’ve still managed to pick up 15 games, 10 starts, which is on average what I’ve clocked in every season I’ve been here. It’s middle of the road, but every season when I sit down and reassess my goals I aim for 20 so that’ll be the goal again next season.

There’s another challenge for that 7 shirt coming in and he’s a Leinsterman like yourself. How are you feeling about Sean O’Brien joining the team?

Seanie was actually my mentor when I was in the academy so I know him quite well. He was very good to me when I was a young lad… He’ll be brilliant! He’s so competitive, so professional and he’s an awesome player! We’re all really looking forward to having him here and what he brings to the table.

Before that we were hoping he’d be wearing a different green shirt at the World Cup. How do you fancy Ireland’s chances?

Yeah, we’ve got to be confident. Obviously the Six Nations was a bit clunky and inaccurate but I still think they’ll come good.

Dan Leavy will be a big loss, I was visiting him in hospital last week  – he had his operation over here – he was probably the front runner for the 7 shirt. Seanie would’ve gone in there, then Josh Van Der Flier can provide competition [at openside] too.

If we can get our key players going well, Sexton, Murray, Bundee, Taigh… if they perform we have a chance against anyone but it’s difficult to deliver that high standard week in, week out.

You think they’ll do pretty well then?

I hope so! We’ve never got past a quarter final so if we can do that it’ll be a success. 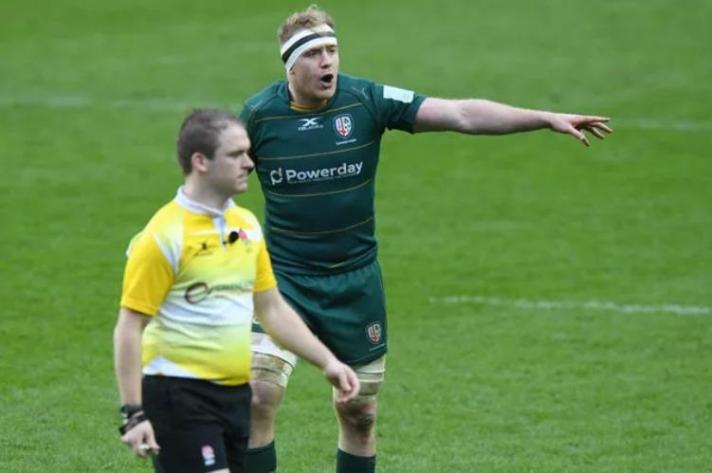 Franco’s pretty adamant South Africa are winning it so…

Of course he is! All South Africans are arrogant about their team!! *laughs*

We’re coming up to the summer now, are you looking forward to a bit of a break?

I’m really looking forward to it! I didn’t get much of a break last summer, I had a shoulder operation at the start of May and you end up missing a lot of your holidays because of it. Mentally I felt it a bit this year, there times I felt a little bit flat. Moving forward it’s a good learning point for me, to make the most of that time off. It’s there for a reason, to recharge your batteries so you can stay hungry for it all season.

I’ll be spending some time at home in Ireland with the family, going to New York with a couple of school friends and then I’ll look to spend some time with my girlfriend too, somewhere hot.

You’ve been keeping up with your extra-curricular activities too, with DoubleTapp.

Yeah, I’m always busy with DoubleTapp. Thanks to all the London Irish fans who’ve supported it so far. We haven’t quite moved down to London yet, it’s a beast we’re not quite ready tackle, but we’re making good inroads and it’s been really rewarding spending time on something that I’m passionate about and that I believe could be really powerful that’s outside of rugby.

It must be good to have something outside the game that you can put that level of focus into.

Exactly! It’s nice when, like we talked about with selection, that can be incredibly frustrating and it’s out of your hands a lot of the time… if you put in your best effort it’s up to the coach. If that’s not going your way it’s nice to be able to step away and put your energy into something else and maybe get paid the dividends elsewhere. It’s good for the mind!

Thanks to Conor and to the club for their time and support!