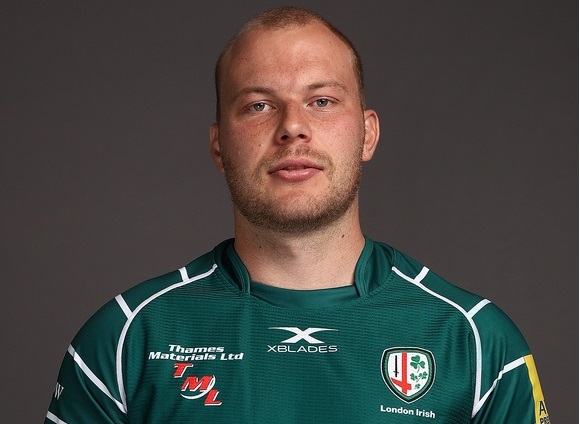 One pre-season game is down and there’s one more to go, so we thought it was a good time to check in with the team again and Seb de Chaves stepped up to the plate to let us know the mood in the camp! Matt Merritt of @RugbyLI caught up with him on Wednesday afternoon to find out about preparation for Leicester, how Seb reacts to crowd noise and what Kidney & Kiss have brought to pre-season preparations.

How has pre-season gone for you?

Yeah, pre-season has been good. It’s always that time of the year you know? It’s really tough on everyone, coming back from holidays and stuff, getting the body back in shape and getting the fitness done but also embedding the way we want to play in the season. Then you get towards the end of pre-season and it’s more about bringing it all together – the fitness elements with the calls and the way we want to play and maybe execute under fatigue. Then take it into the friendlies. Overall it’s been really good, a really good pre-season.

That’s really good to hear. How did it feel running out against Munster last week?

Yeah it was really good! I think most of the boys basically got about forty minutes which is always nice your first blow out, you don’t really want 80 minutes under the belt because it’s always tough the first game on the lungs, the legs, everything!

I think we played really well in patches, I think there were still some times where some skill errors let us down but overall looking at the way we want to play this season there was a lot of positive stuff. We’re creating a lot of opportunities and space which is exciting, especially against a team like Munster so there were a lot of positives coming out of the game!

Obviously you always want to win, but to keep the score line pretty close against a team like Munster in your first pre-season game, that has to be a good feeling?

It’s a bit of a homecoming for you this weekend isn’t it, heading to Leicester?

I suppose with Ealing probably the team we’re looking at as the biggest competition in the league, having two big away fixtures before visiting Trailfinders for the first league game has to be about the best pre you can do really!

Exactly! I think when the fixtures came out and we saw we had Ealing straight away… it’s one of those where you have to be right on your mettle. Ealing are a great side and will be firing on all cylinders at their home patch first round so we need to make sure we’re also where we want to be so these two pre-season games against Munster and Leicester – two very good sides- will get us there. We also have stuff to look at and to work on throughout the season which we will be doing.

Looking ahead to the first home game, we’re hoping for a good crowd there and you’re sponsored by the Supporters Club so how important is it to have the fans there?

I think we have some of the best fans I’ve seen and when you guys come out in your numbers it’s such a lift for us, the boys really look forward to it. Some big crowds and loud crowds, it gives us that extra couple of percent so getting a big crowd for Nottingham will just build the excitement for everyone around the team. So yeah, I’m looking forward to it!

That brings me on to a question from Noel Kehoe on Twitter: When you play – especially at away fixtures – do you block out everything around you or do you feed off the atmosphere?

For me personally, when I was a lot younger I used to feed off the crowd a lot, the energy and everything. Now I try and find the balance. It’s a useful tool getting that energy, getting the adrenaline going but the professional game as it is now, you have to make so many decisions on the field and you’ve almost got to sometimes slow things down to make the right decision at the right time so I think being over-excited at times can be a detriment so I try to find the balance of energy and excitement but also knowing my role, knowing my jobs and trying to execute them at the right time, so it’s all about balance really.

I suppose for the forwards especially for the set pieces you need to be really focused on the patterns and the calls?

On that note there have been a couple of new boys joining the club recently who play in the second row, how are they settling in?

They’re settling in really well. Barney came in from Ealing and Sam came a in mid-way through pre-season and they’ve both settled in really well and trained really hard, worked really hard and they seem to have fitted it quite seamlessly.

I think a lot of the new boys have just come in, put their heads down and worked really really hard. Everyone that’s arrived – and all the boys that have been here before – everyone is looking in really good shape and just trying to count down the minutes now until the season starts and we get stuck into it. It’s a really exciting time!

With Declan Kidney and Les Kiss, two really experienced campaigners, in place are you noticing a different approach to pre-season and to the start of the new season?

I think Declan and Les, as you say, bring a wealth of knowledge and experience from what they have achieved in the game. It’s not really big things that we need to change from last year, it’s usually little bits of detail. Les is really big on his detail and nailing the detail at the right time. So I think he’s brought a little bit of edge to us in terms of knowing our details like the back of our hand so under pressure and at the right time we do the right thing.

Have you set yourself any personal targets for the season?

My targets at the moment are just, when I’m playing to give my best and give my all for the team and if I’m not playing just contribute as much as I can to make it a better time. That’s the general vibe from all the team, we just want to make whichever 15 take the pitch or whichever 23 make the team just prepare them as well as we can as a side. Also just to enjoy the highs and the lows.  In professional rugby there’s always highs and there’s always lows but we enjoy them together as a team. I’ve got some great teammates, some great friends, so it’s almost just enjoying the ride but first and foremost put it all on the pitch and the result will look after itself.

It sounds like there’s a really strong bond in the team, you’ve talked about having some real close friends there…

Definitely! From the first day I arrived I noticed that straight away. We’re a really close group. There’s been a saying, you know, we’re all misfits but we’re really proud of it! We’ve all come from different walks of life and from different parts of the world and we’ve come together and become this really tight knit group that work extremely hard together for each other. It’s a really nice family to be a part of, especially being so far away from home, it’s always nice to have a close group of friends.

That’s really good to hear! We’ll finish up with another question from Twitter. Rory Burke asks: Who are you most confident won’t drop you in the line out?

Great question. I won’t name and shame, I’ll just say I’m lucky enough that a lot of my mates are in the forward pack so I don’t think they’d drop me but there are some nerve-wracking times. Not so much from the lifters more from going for a ball in a game and you never know what you’re gonna come down to. So I’d say I’m pretty confident with everyone!

Our thanks to Seb for his time and we’ll see some of you in Leicester for London Irish’s second and final pre-season match!