Congratulations to our winners: 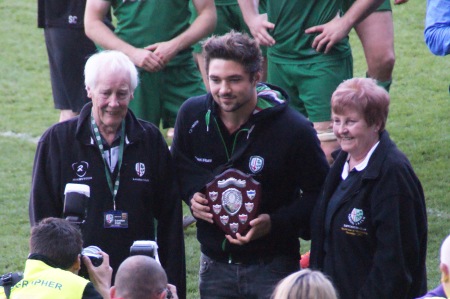 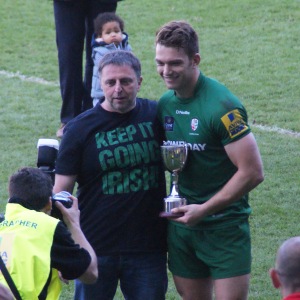 Alex Lewington (Player of the Season)

At the end of each season the London Irish Supporters Club make presentations to departing or retiring players & coaches who have given many years of service to London Irish.
For the 2014-15 season, a presentation was made to:

We also have gifts for Kieran Low, Tom Homer and Brian Smith. We hope to catch up with Kieran over the next week or so, we plan to present Tom with his gift when London Irish play Bath next season and Brian’s gift will be posted to him.

On behalf of all London Irish supporters, we would like to thank all those who are moving on for their service to London Irish and we wish them all good luck for their futures.